City Court Dates
City Court is held on the 1st and 3rd Monday of each month at 3:30 p.m., on the 1st floor of Springfield City Hall, located at 405 North Main Street. Every person charged with violating a municipal ordinance is entitled to a trial and disposition of his or her case. The City Court retains a Spanish language interpreter for each court session.

Duties & Authorities
The City Judge tries all persons charged with violation of City ordinances. The City Judge has the authority to levy fines, penalties and forfeitures not exceeding $50, or the maximum established by state law, for each offense and to impose such costs as the Board of Mayor and Aldermen may by ordinance provide, to issue all necessary process, to administer oaths, and to punish for contempt by fine. All fines, penalties, and costs shall be imposed and recorded on the City Court docket in open court.

The City Judge has the authority to issue warrants for the arrest of persons charged with violating municipal ordinances. The City Judge may, in lieu of issuing an arrest warrant, issue a summons ordering the alleged offender to personally appear before the City Court at a time specified therein to answer to the charges against him or her. The City Judge may also subpoena as witnesses all persons whose testimony will be relevant and material to matters coming before the court.

Misdemeanors
Pursuant to T.C.A. 16-18-302(a), the municipal court for the City of Springfield possesses jurisdiction in and over cases for violation of the laws and ordinances of the municipality; or arising under the laws and ordinances of the municipality. The City of Springfield municipal court also possesses jurisdiction to enforce any municipal law or ordinance that mirrors, substantially duplicates or incorporates by cross-reference the language of a state criminal statute if, and only if, the state criminal statute duplicated or cross referenced is a class C misdemeanor.

Payment
Citations issued for City Court can be paid prior to the court date on the citation by coming to the Records Division of the Springfield Police Department, 802 Willow Street, Monday - Friday between the hours of 7:30 a.m. and 4:30 p.m. 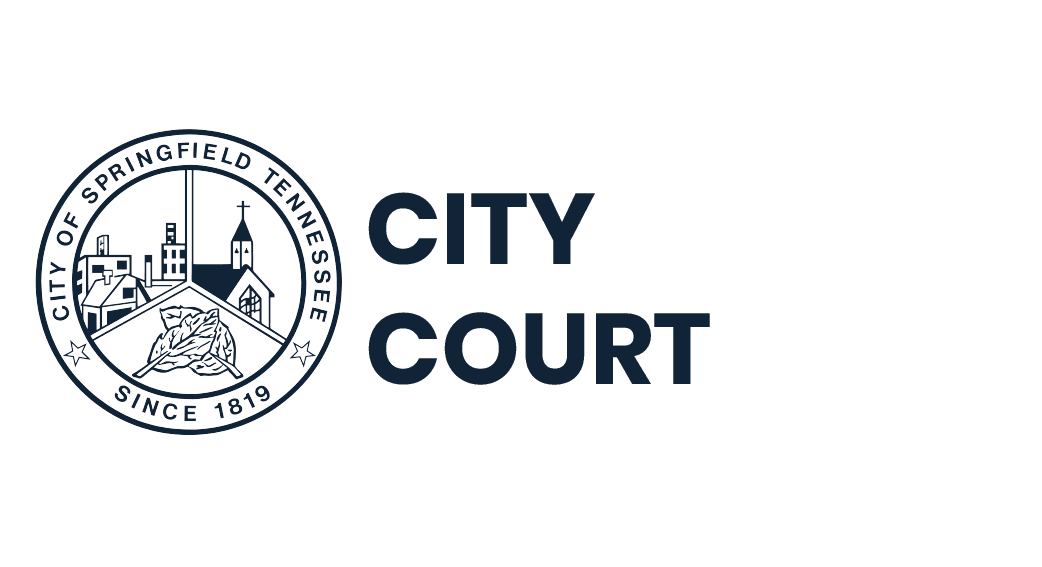